Effects of Medication and Loss of Autoregulation on Brain Physiology 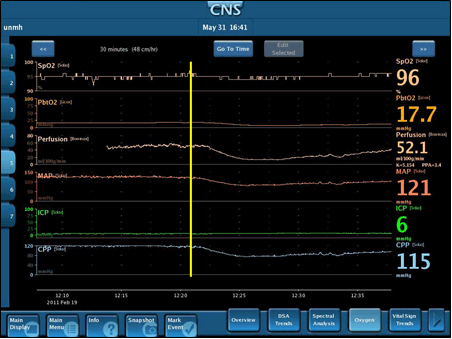 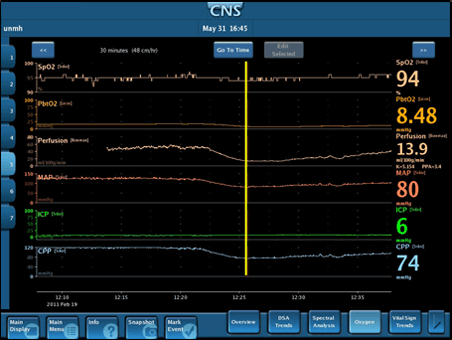 Reviewing the case, clinical staff stated that they would not have readily identified the clinical problem in a reasonable amount of time without the data on the CNS Monitor. While changes in perfusion and PbtO2 would certainly have been noted, viewing the data on separate monitors may not have allowed them to identify the sequence of events nor to correlate these events with nimodipine administration. Time-synchronized trend displays showed the order in which parameters changed (first MAP, then perfusion) and helped identify the loss of autoregulation as well as the cause of the problem. With standard hourly recording of data in the medical record, this event would not have been captured by routine documentation.

The CNS Monitor enabled clinical staff to adjust a standard treatment protocol to meet the needs of the individual patient. Without multimodal monitoring and correlation of data on the CNS Monitor, changes in intracranial dynamics and treatment opportunities might have been missed.